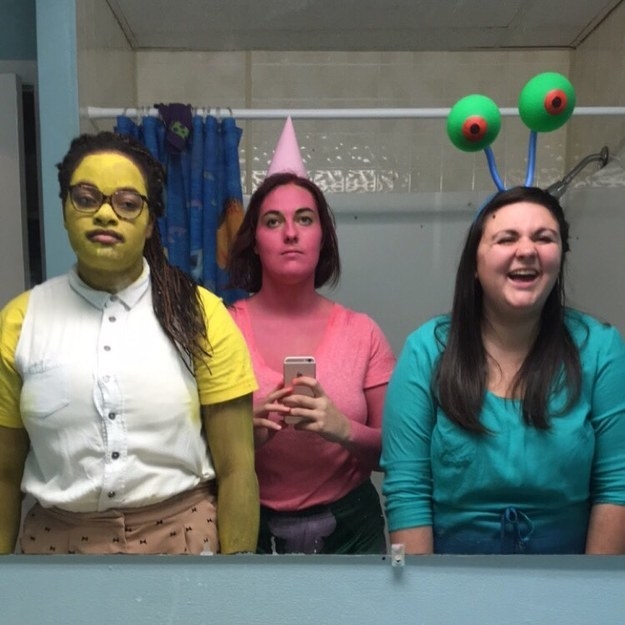 “My friends and I were SpongeBob, Patrick, and Gary. We looked great all together, but when separated at parties everyone just asked if I was a unicorn or something.”
—staceyf42e794401 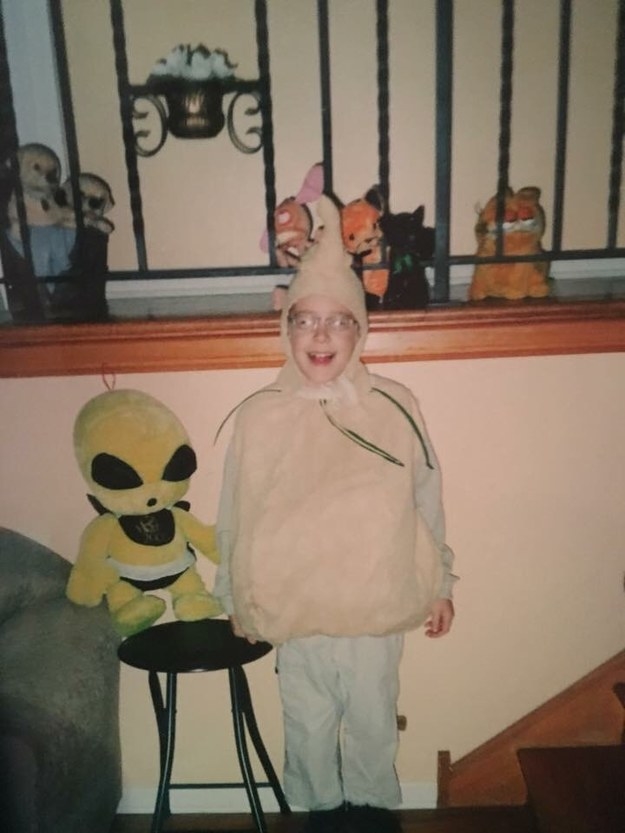 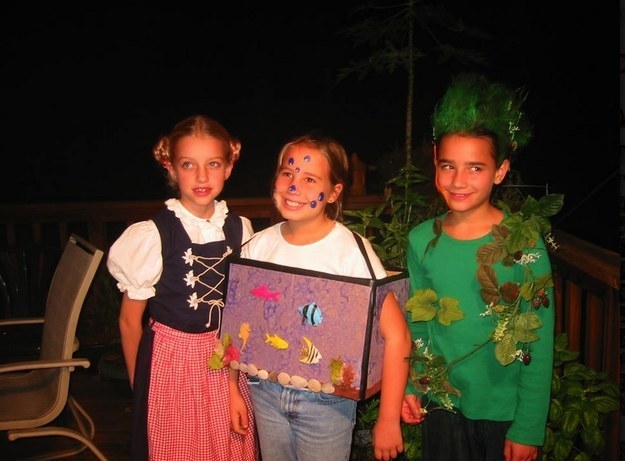 “One year I went as grass…”
—aubriedphillips 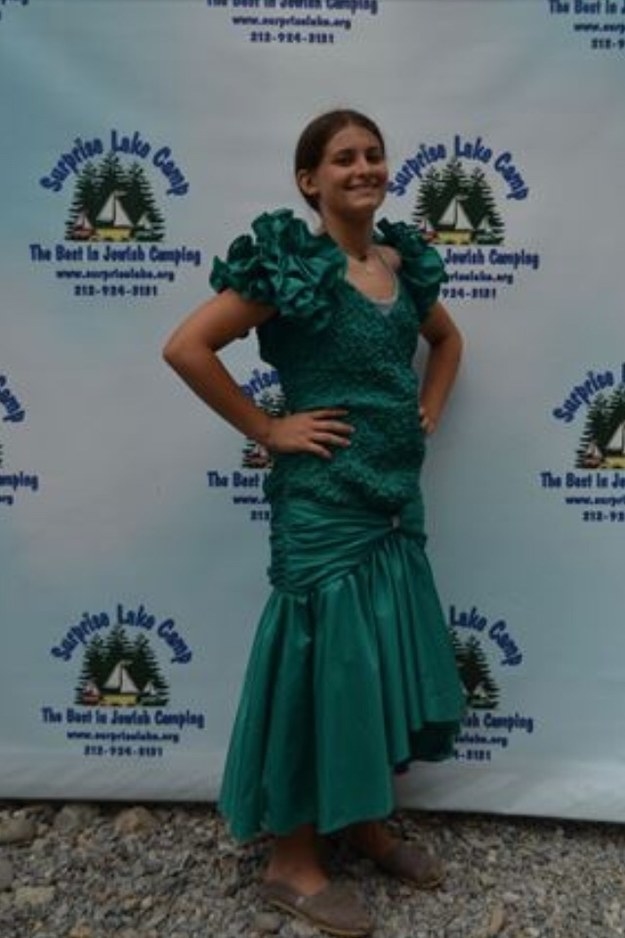 “Well this is the costume I had for a musical Once. Guess what that play was. That’s right…Frozen!”
—allis4e15ab313 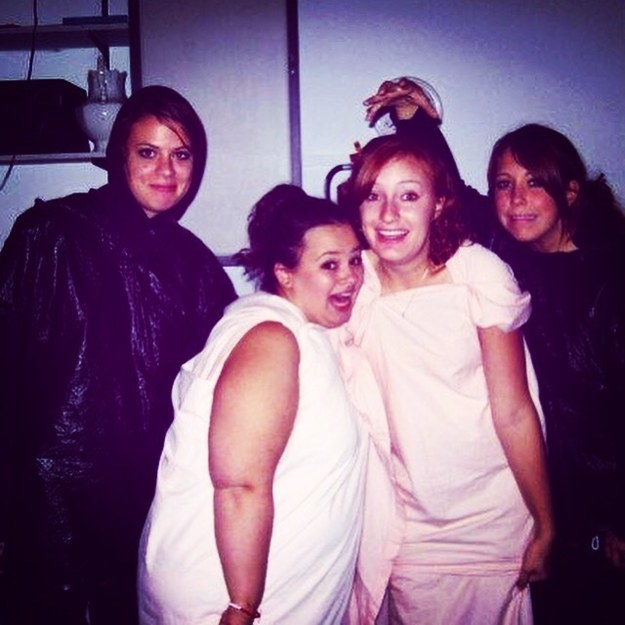 “My friends and I decided last minute to go to a Halloween party on campus but we had no costumes. My friend's boyfriend had just told her he had kidney stones so she wanted to be a kidney stone so she and her friend wore black trash bags while my friend and I wore pink sheets because we were the kidneys. Not great looking costumes but we won most creative!”
—emmakayk 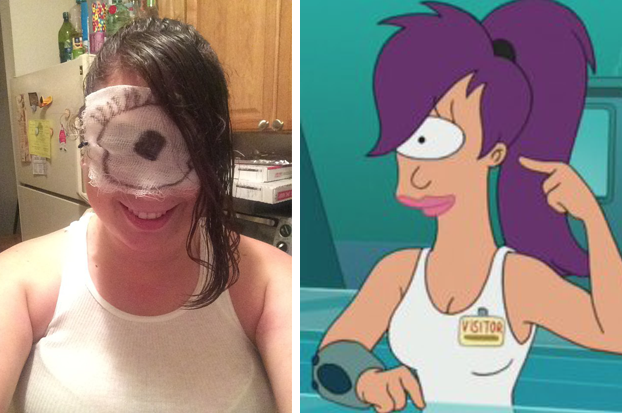 “This was my attempt at Leela from Futurama. Not seen: the obnoxious amount of purple hair spray I used that just made it look wet. Lesson learned.”
—rebeccal4b5a1258d 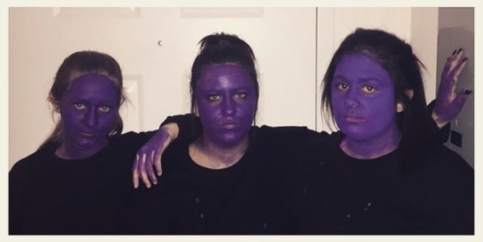 “We were going as Blue Man Group, but accidentally bought purple paint.”
—amandal4dfaa155b

“My mom dressed us up like the troll dolls. You know, the ones with the tall colorful hair and gem belly buttons? Looks like we got sliced open.”
—kaylae4e2e8c6e1 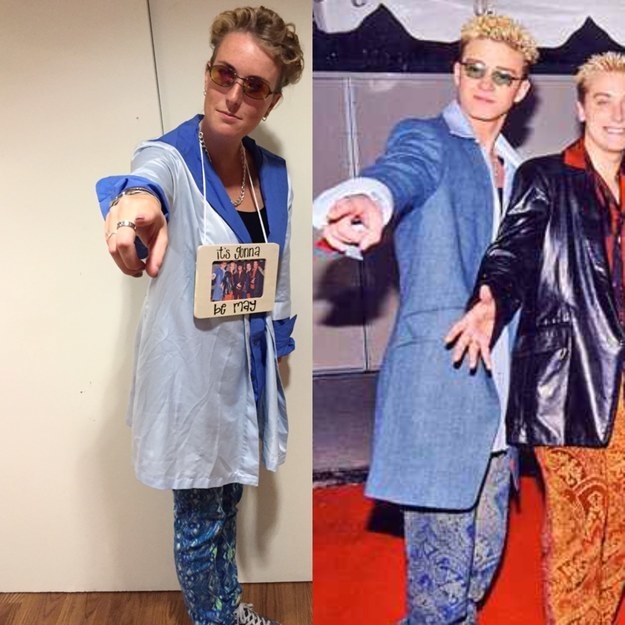 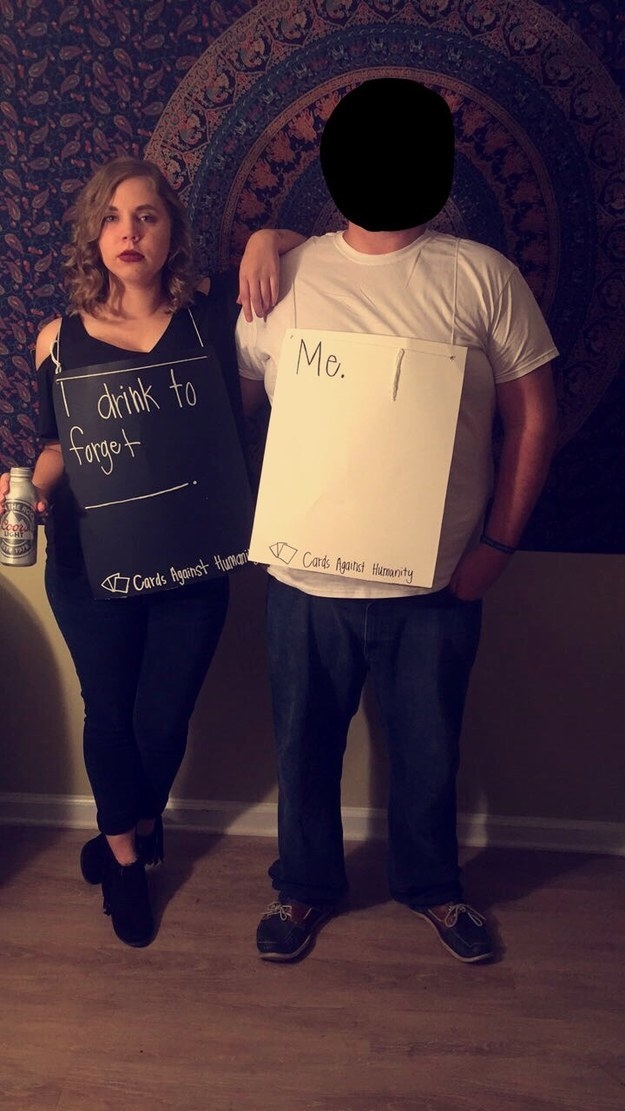 “The easiest and truest Halloween costume I've ever done with my now ex boyfriend.”
—ashleyc42c71267c 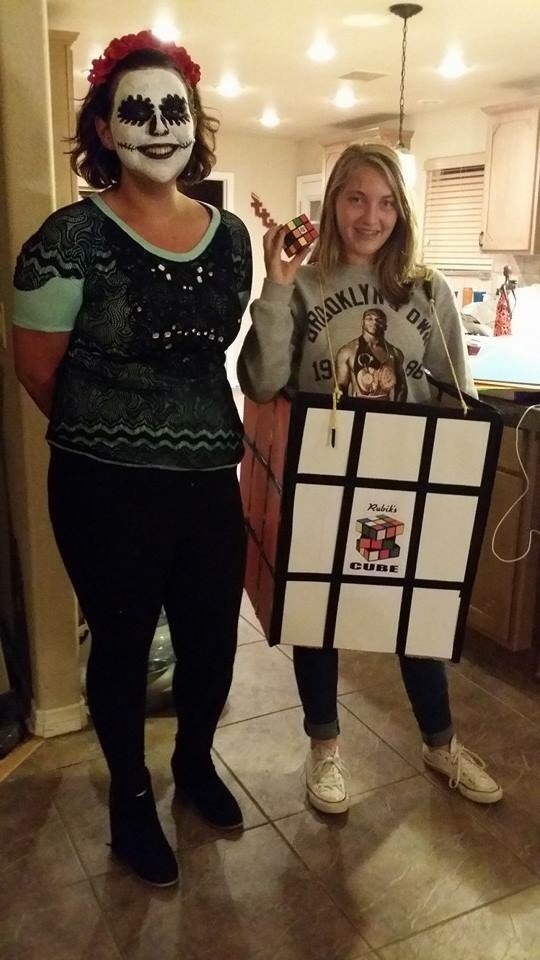 “Needless to say but my best friend and I didn’t get boyfriends till college.”
—meganb443bb575b 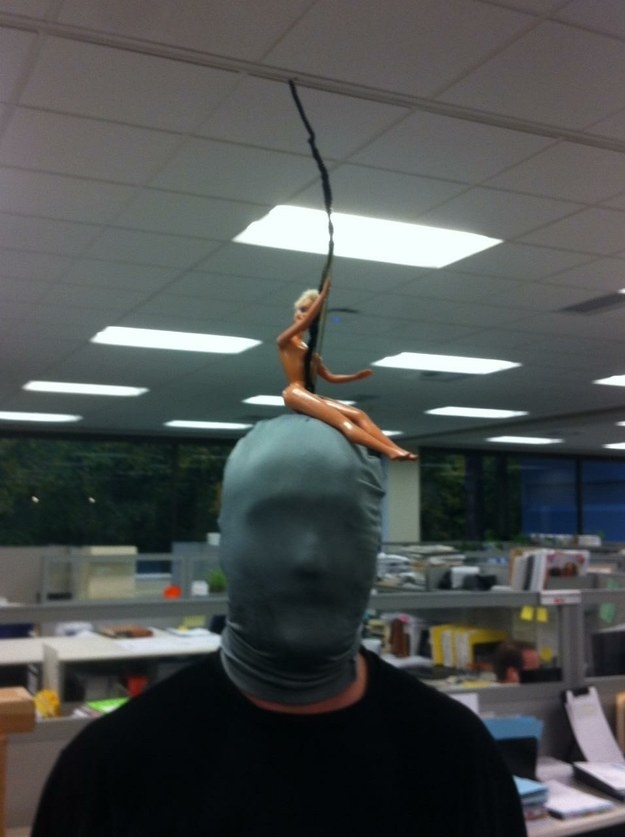 Whatever they could find: 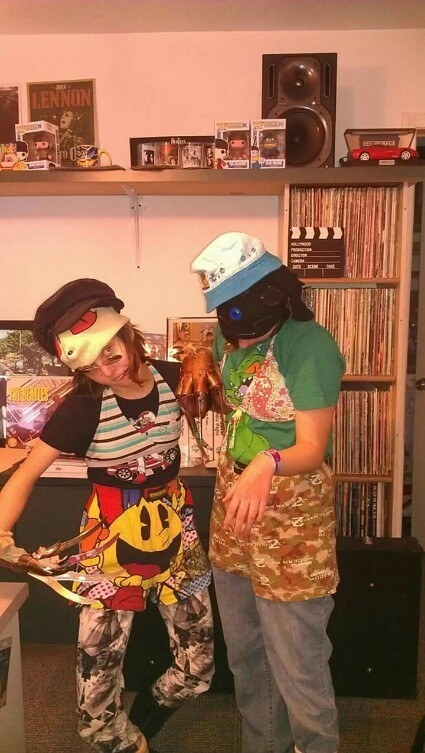 “Me and my friend just put on whatever we could find to make a costume and this was the result.”
—robina46869a9bf

“When I was 12, my mom tried to make me a cupcake costume hours before Halloween festivities began. When I went trick-or-treating, multiple individuals asked if I was intestines.”
—wisegirl36 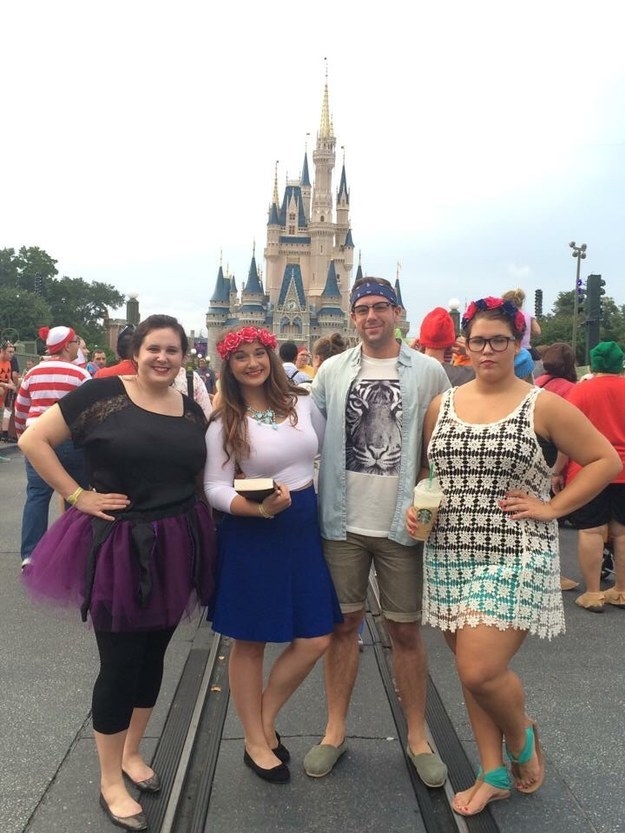 “One year we though it would be a really great idea to dress as 'hipsters.' Why did we think that this was a great idea? #hotmessexpress.”
—brandong4578622a4 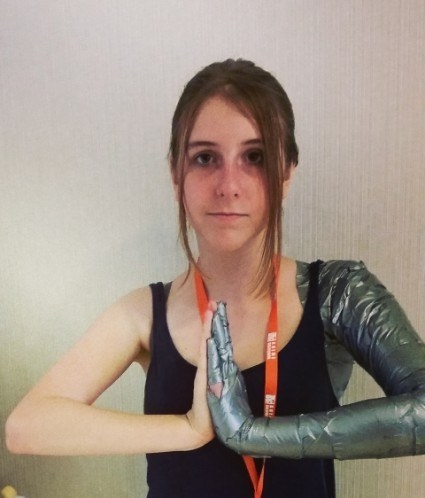 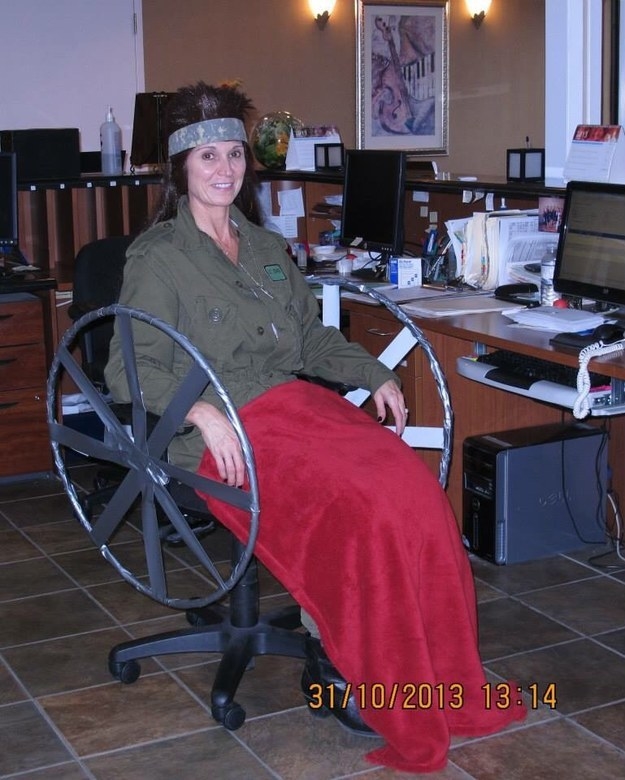 “At work, when Halloween comes Monday through Thursday, we dress up. One year, I threw out the idea that my mom be Lt. Dan from Forrest Gump. Makeshift wheelchair from an office chair, two hula hoops, and duct tape.
—ashai2