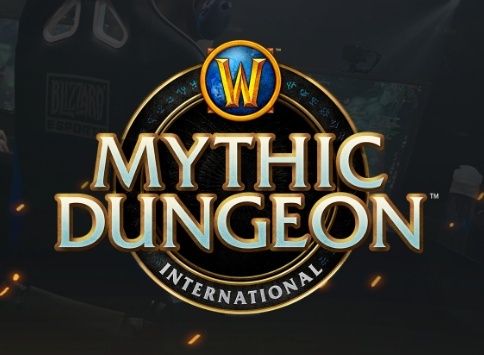 Makes sense! It’s a fan-favorite AND it’s the most appealing to watch, it’s perfect to show on stage. It’s awesome watching all those mobs get demolished by the best teams.

could be an error, but why is this pinging discord if im using classic only option

could be an error, but why is this pinging discord if im using classic only optionr
r
Wondering the same

“only appear in Freehold and Underrot”.r
r
Wish reaping would appear in every dungeon. It’s overall more exciting for the viewers IMO.

Probably blizzcon related is to why its pinging classic.

A have no idea, why people love this boring and negligible affix.

What could be more exciting would be to mix all the seasonal affixes for the tournament. Infested, while being slightly annoying, does deserve a spot too imho

That would be fun, and also don’t tell them until they put the key in..

A have no idea, why people love this boring and negligible affix.r
r
Because as you said is negligible, people like the path of less resistance so easier is always “more fun”.

could be an error, but why is this pinging discord if im using classic only optionr
r
I agree in that this should have been Retail only news, not In Development or Classic. Neither of those subscriber chains would have an interest in this news.

Lol…. freehold and underrot too hard with beguiling…. damn shame…. maybe lets do in current season UR and FH with reaping too…. jesus….

could be an error, but why is this pinging discord if im using classic only optionr
r
I agree in that this should have been Retail only news, not In Development or Classic. Neither of those subscriber chains would have an interest in this news.r
r
I’m guessing that the culprit is the “Blizzard” tag. It’s impossible to tell whether something tagged with “Blizzard” is interesting to all subscriber chains based on just the tag alone and because this is more like Blizzcon news than Retail or Classic specifically, putting the Blizzard tag on this makes sense.r
r
It’s just the issues of using a tagging system like that. The only real option is to just have an absolutely stupid amount of tags which is %^&* from a development and usability standpoint. So it’s either that or just letting an article slip past every now and then and tbh this is the better option in the long run. If even just one article per week passed through to you on the wrong topic that’s really not that big of a deal.

A have no idea, why people love this boring and negligible affix.r
r
Because as you said is negligible, people like the path of less resistance so easier is always “more fun”.r
You could have voiced that purely as your own opinion, “I don’t like this boring and negligible affix”, without needlessly turning around and wording it in a way that right off the bat confronts and bashes anyone who’d dare to oppose your views. Or are you just too compelled to have a different, special opinion, when it is widely known that Reaping was popular “among the abominable masses” that you do not wish to belong to? 🙂 r
r
Infested was less fun because it merely raised the bar on dealing with some packs, and it was squeued by RNG: get an infested mob in a wrong pack, and your key gets bricked. Get it in a pack you can skip, and you laugh it away. This wasn’t a problem even on midrange keys, but on higher ones, and when you played competitive, this was a factor and no sportsman will ever say they “like” luck to be a major factor in their sport. The same concern is present with the current affix, too.r
r
Reaping was such a favorite because of all the affixes, it gave the most control to the team running the dungeon. Yes, waves were unavoidable and at fixed points, but that meant you could plan ahead to a degree, control where you faced a wave and by way of choosing what you pulled, control what was coming after you in a wave. r
r
THIS is the ESSENCE of fun, as opposed to NO-FUN POLICE mode so oftenly now enforced by Blizzard, where you get loaded with RNG, OBLIGATORY elements, and if you find a gray area, it gets patched as a “travesty to the one, true way envisaged by the powers that be”.r
r
Additionally, Reaping offered a big buff from Bwonsamdi after the time has run out. That probably isn’t of any importance to elitist jerks out there who laugh at the 1k r-io score crowd. However, after no-fun police decided to remove the ability to delete keys in order to protect the backsides of people who approved the instance designs that proved overwhelmingly unpopular with the playerbase, this buff was instrumental if you wanted just to push through to get another key. This was extremely valuable in this expac, when instances are very unevenly designed and when many glaring problems remain unaddressed in design a year on since launch (say, those little fearing adds at the start to KR on bolstering… how come this was taken off rat packs in FH, but not here?).r
r
Current affix, Beguiling, is just Blizzard devs back to NO-FUN POLICE mode. Don’t you DARE skipping mobs, now you MUST kill them, don’t DARE hoping to learn a reliable route you darn casuals, and if you’ve bad luck, you get a combination of emissaries that is gonna be impossible for most to handle in time. Do I have to remind you of, say, Void Emissary in the already pants-on-head crazy pack at entrance to Volkaal in AD on teeming? Or about freezing in place the mid-bridge patrol with 2 big dinos in the same instance, forcing pull-feign/invis/vanish/death skipping on the way to the last boss? And that after the pack was specifically designed in a way that’s guaranteed to wipe all but the most overpowered teams… which the vast majority of people doing plusses are not.r
r
Things like first or third season’s affixes would be okay in a system where time did NOT affect your results – then, as long as you have the patience, you can just do it at your own pace. Alas, it’s not like that. But that is clearly another aspect that Blizzard devs have a problem understanding. Islands, in my opinion, are such a overwhelming FAILURE because the devs tried to throw too many factors in. If there’s time pressure (regardless if it’s a timer or a competing team) then you can’t have any exploring, because exploring, wandering around the place, finding out rares and ways to spawn them are all things that consume time and conflict with the need to “beat the timer/opposing team”. And NOTHING was done to mitigate this… so the islands became a mind-numbingly boring mob grind without any loot. Which is a travesty… in this game, the very concept of killing an enemy to loot their cold dead corpse was present from the very beginning! And now, you’re expected just to kill, kill, kill – and you don’t get even a pittance of gold to cover your repair bill. Not to mention that even now after player power nerf and mob density changes, you still can not freely explore the islands, as the mobs are everywhere.r
r
There are soooooo many such little wannabe-gods all over, wanting to decide everything as they please for everyone else… sad.

But why? I like the idea and I personally think it should just replace Teeming as an affix. But why are they including an easier affix in what’s meant to be a cup that pits the best players together? And why only 2 dungeons?