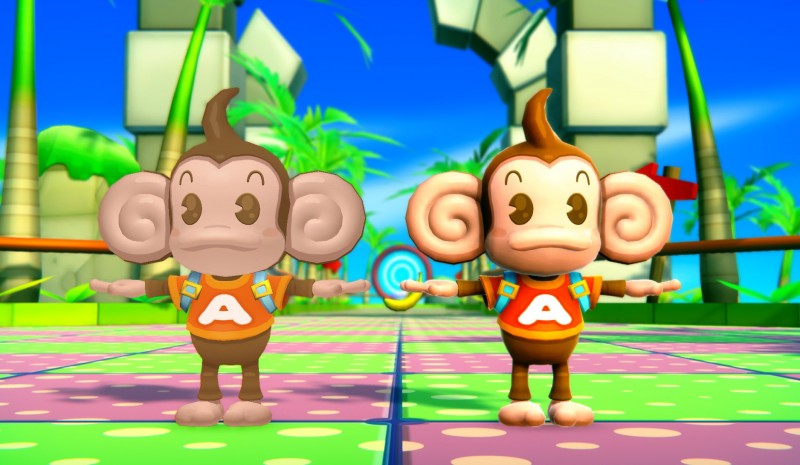 Monkey Ball’s Japanese Twitter released a comparison shot of Monkey Ball’s lead primate, AiAi, from the original Super Monkey Ball: Banana Blitz on Wii on the left and the upcoming HD version on the right. Cel-shading has helped the Wii version age gracefully, but the model on the right is undeniably sharper.

Sega also released a short developer interview with the remake’s producer and director, Masao Shirosaki, on Monkey Ball’s inception. You can watch the interview here:

Super Monkey Ball: Banana Blitz HD launches October 29 on PlayStation 4, Xbox One, and Nintendo Switch. A PC version is coming at a later date. For more on the game, check out its annoucement trailer, as well as its most recent gameplay trailer.