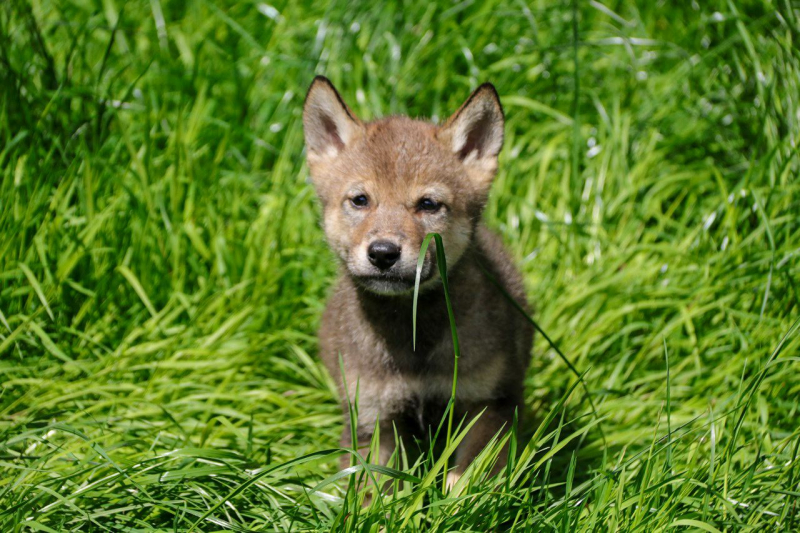 After the newest litter of European Wolves began emerging from their den a few weeks ago, keepers at Longleat Safari Park weren’t exactly sure how many pups were in the litter. They eventually determined that parents Eliska and Jango were raising seven pups! 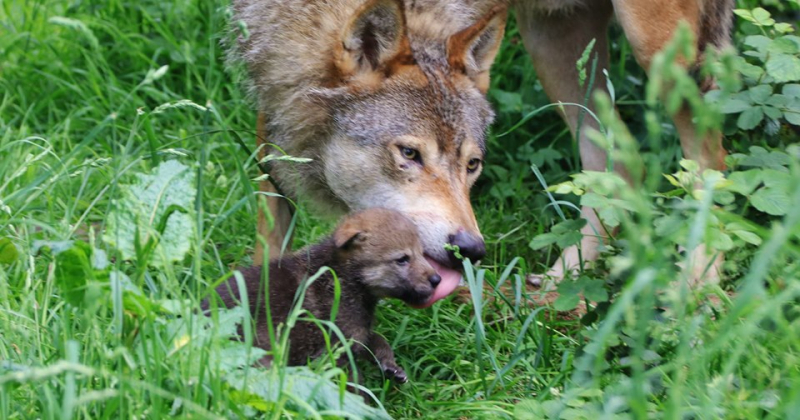 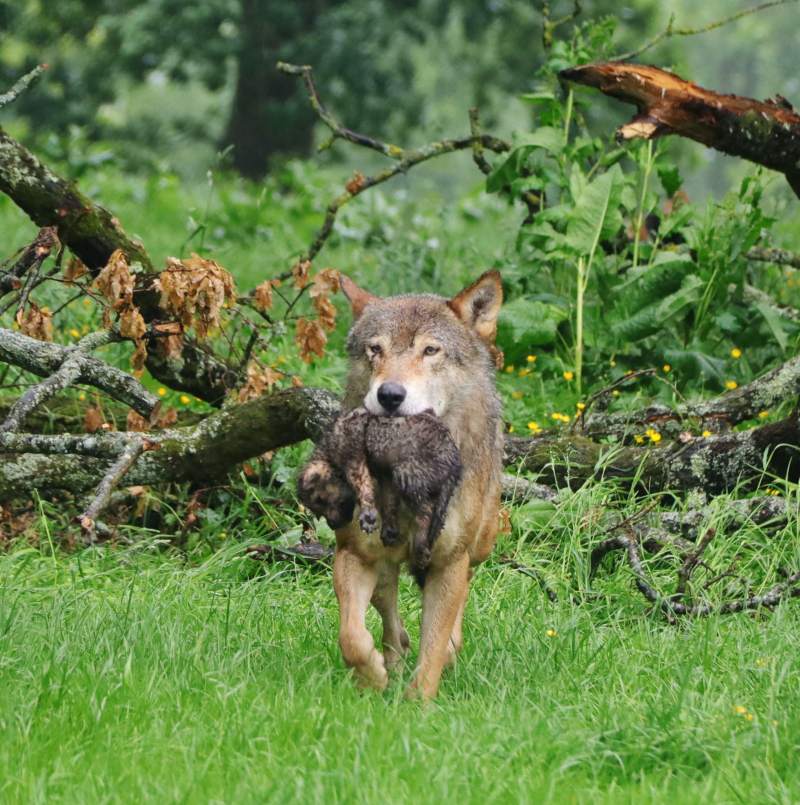 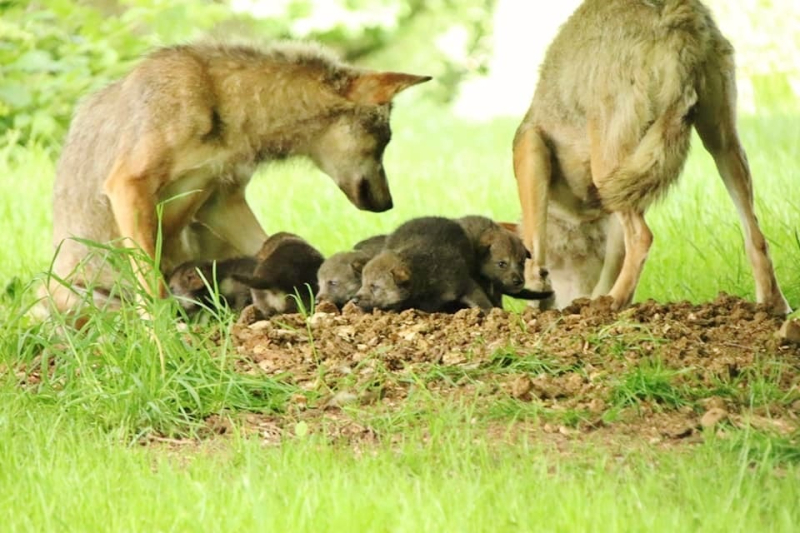 Once it was known that pups had been born, the care team allowed the family to bond without any interference from staff. Keepers would occasionally glimpse the pups when Eliska and Jango moved the pups between three separate underground dens in their woodland enclosure.

“As the pups spend their first few weeks underground it makes it very difficult to work out exactly how many there are. Initially we thought there were only five, so to discover there’s actually seven of them was a wonderful bonus,” said Longleat’s team manager for carnivores, Amy Waller.

The pups, which weighed less than a pound when born, are now able to eat small amounts of meat but will not be fully weaned until eight to 10 weeks of age.

This is the second litter born at the Safari Park in the last year and boosts the pack size to 14.

“The pups’ older siblings have also been getting involved with transporting them from den to den but have still not entirely got the hang of holding them the right way up so mum and dad do have to occasionally intervene,” added Amy.

Wolf packs have a highly complex social structure and each individual knows its place in the pack hierarchy. In the wild, wolves depend on cooperation within the pack for survival, both in hunting and in raising offspring.

Wild Wolves were eradicated from most of Western Europe in the 19th century and they have been extinct throughout the United Kingdom for more than 250 years.

Thanks to several Wolf reintroduction programs, the wild Wolf population in Europe is now thought to include 12,000 individuals in 28 countries.

There are established packs in Poland, Romania, Bulgaria, Portugal, Spain and Italy with numbers also on the rise in parts of France and Germany. In 2011, Wolves were also reported in Belgium and the Netherlands.