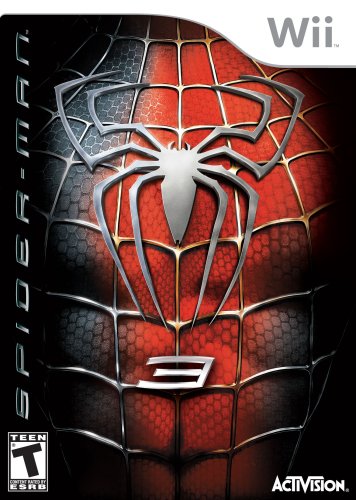 Spider-Man 3 is bigger, bolder and better action as you become the famous superhero! Even the noblest hero has a dark side, and the rush of protecting New York lets you unleash it. This is Spider-Man like you’ve never seen him before. In his black suit, he’ll show off incredible agility, amazing durability and awe-inspiring web powers. But be warned – as you explore these new feelings and powers, you’ll struggle against the darkness that might tear his world apart.Feel the adrenaline of the Black-Suited Spider-Man – Unleash new abilities and powers, but watch out — the rush of intensified powers could overwhelm you
More freedom than ever – Enjoy unprecedented freedom as you swing through the city. Roam anywhere and explore the most massive, detailed New York City ever seen in a Spider-Man game
Battle 10 of Spider-Man’s most infamous enemies from the movie and comics, including Sandman and Venom
All-new combat system – Empower both Spider-Men with suit-specific powers and abilities — with new attacks and finishers for both Classic and Black-Suited Spider-Man