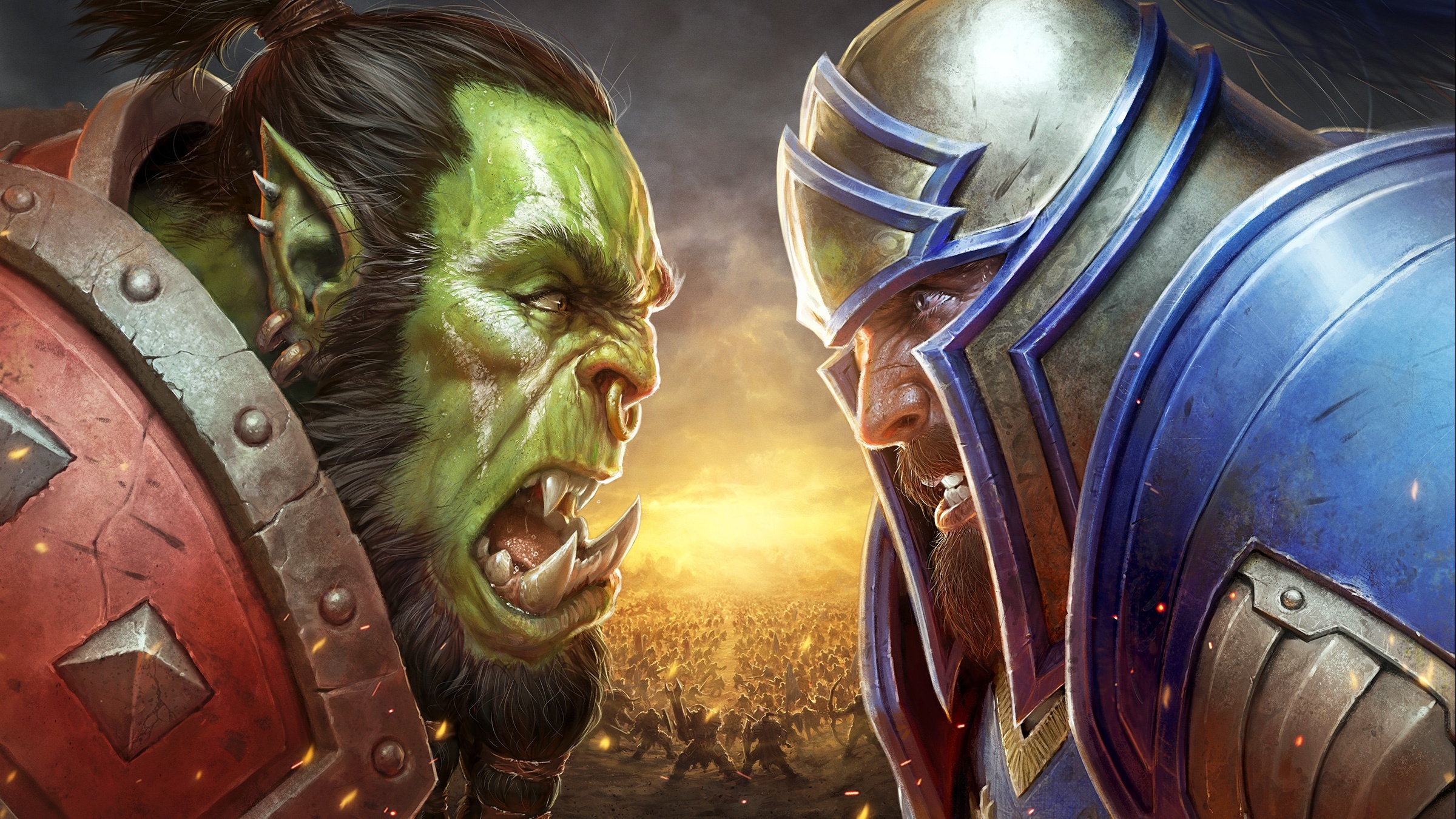 As long as hordies stay out of low level zones, Iu2019ll gladly take this change and maybe consider leveling alts with WM on.

lol, shoutout to Archimtiros completely tearing them to shreds in the most polite and comprehensive way possible

I hope this helps people complete Conqueror of Azeroth faster.

Why bother with the wording of “underrepresented faction”? Just say Alliance. Alliance has been, and will continue to be, that until major steps are taken to fix the issue. This is a microscopic band aid over a gaping wound thats been bleeding since late WoD. At least they’re doing SOMETHING I guess.r
r
-A jaded Alliance player.

Just remove this crappy War Mode system and bring back the old system again. Alliance cowards would prefer to level even 30% slower, but they won’t turn on War Mode & face the horde. This really sucks for the people in alliance who actually want to PvP but are forced to turn it off, just to avoid being alone.

Better just buff all parameters of character of underpresented faction with immune to all CCs. If the raid will be 1-shotted with single opponent, they will try to avoid it and simply will seek raid vs. raid combat in other zones than quest hubs or flight masters.

Why bother with the wording of “underrepresented faction”? Just say Alliance. Alliance has been, and will continue to be, that until major steps are taken to fix the issue. This is a microscopic band aid over a gaping wound thats been bleeding since late WoD. At least they’re doing SOMETHING I guess.r
r
-A jaded Alliance player.r
r
Thought about the exact same thing when it stated “underrepresented faction”.

Give us back PvE and PvP realms. What was wrong with that system?

It only happens outside dungeons and raids where players congregate, random gankings out in the world while you actually quest are actually rare, most levelling my 5th toon atm and each time I see opposing faction they pause briefly possibly to see if I want to start something and then continue on. it will change nothing other than something else for people to *!@#$ about with unbalance, lol so lets create faction balance by rewarding one over the other!r
r
some other solutions off the top of my head would be to, overhaul each faction so that they both appear as equally as interesting and or get rid of ALL racial bonuses so it’s purely a cosmetic reason for race selection.r
r
the proposed solution fixes nothing, the faction population balance needs to be addressed but after all these years Blizzard would have to either pay horde players to swap factions or force it upon some. I can’t see the incentives provided would work, which the would then have to take away should it equal out in numbers, then you would ask yourself why did you swap sides again?

Funny, I never turned off my PvP. Yes I die sometimes, but so what, sometimes I live too.r
r
If youu2019re afraid of banking, bring some Stealthman or invisibility potions, you know where to AH is.

Speaking as a Horde player, I just say remove the War Mode bonus all together. As long as there is a bonus there will always be an imbalance. I’m not a PVPer, but I leave War Mode on because there’s next to no risk for the reward. I know it only adds to the problem, but I’d have to be crazy to pass up what is literally a free bonus for doing nothing extra besides checking a box once in Org. If I was an Alliance player I know I’d look at that 30% bonus and still say “no thanks” because of the extra work involved. Sure, in the past PVP servers still had a bit of imbalance, but that was when people had to chose their server based on friends as opposed to PVP preference. Just having the toggle itself and nothing else should be enough to balance that out. You get honor from killing someone and maybe keep the air drops to make random PVP tension spots, but otherwise make the world quest rewards the same regardless. No bonus. The people like me who are only in it for the safe bonus will go back to PVE settings and only the people who actually want to engage in world PVP will remain.

The only way to fix the imbalance is to make war mode straight-up FFA. If a player isn’t in your group or raid, your AE hits them too. r
r
Straight-up survival of the fittest, Lord of the Flies style.

They need to make it so you do less damage(also stacking after each subsequent kill in a short period of time say, 5 mins or less) below 120 to players you kill multiple times in a short period of time. If you are a $%^&*!bag on either faction who sits their and camps and camps and camps an obvious keyboard turner just trying to do quests and feebly fight back, you deserve a little setback, and you need to find an actual fight instead of hampering someones play time.

Better just buff all parameters of character of underpresented faction with immune to all CCs. If the raid will be 1-shotted with single opponent, they will try to avoid it and simply will seek raid vs. raid combat in other zones than quest hubs or flight masters.r
r
No they won’t, they’ll rightly tell Blizzard to ^&*! off until they remove that buff. It was $%^& in Wintergrasp and would be vastly more @#$% in open world PvP.

Nothing will change Horde are still going to be honor less scum and gank Alliance 20 to 1 so it is little too late to save your Horde mode Blizzard.

i really wish they’d change it so you can turn it on and off from any major expansion hub. It would also be nice to be able to turn it on in those forced starting areas for Death Knights and Demon Hunters.

Personally, this matters little to none for those (including myself) who dislike pvp and stay away from it like the plague. Just cause they increase the reward doesn’t mean it will make it any more attractive to those who hate it in the first place. But for those that like pvp….it “might” make a nice change, “might” being the key word.

I understand all of this of course and I am a horde player too, however I do feel that they (Blizzard) have done this for two very basic and substantial reasons:r
r
#1 It’s billed as a direct faction war. You’re meant to be fighting, not running past each other doing the same World Quests. You should be fighting for those resources and the completion of the World Quests. Many a time I have had 4-5 Allys who come and kill me and another horde as we’re doing a World Quest to kill 1 boss and they don’t wanna wait. That’s fine. I have no issue of it. We. Are. At. War.r
r
#2 The incentive for the PvP is because we are spending about 50% of our time on the opposite factions’ Continent. To create the feeling of a war, to have it, is to be able to engage in combat with the opposite faction and GAINING FROM THEM while at war. That’s what it is about. Getting a leg up on the opposite faction and “Stealing” what they have. In the game, the War Mode incentivises the chance at more rewards while also being at risk yourself.r
r
War Mode should stay. But the fact they’re buffing Alliance (Let’s be honest; it’s @#$%ing Alliance getting the 30%, !@#$ing pussies.) and leaving the horde not getting the bonus of 30% is such BS. I’m pretty sure Blizzard can balance the shards in the game to make sure there is a close to even number of faction players per shard, split it 50/50 in each shard, then when there’s an imbalance then that’s tough #$%^. In war you don’t see an army weakened and say “Okay let’s not attack them”. It’s so pathetic. They’re trying to force a war, if Alliance wanted to fight, they would. Now they’re being rewarded for not taking part. Ridiculous. r
r
I never PvP. In fact I hate going into BGs and the like in the fear of being actual garbage. I can hold my own in some matchups, but I lose ~70% of them, am I mad each time I am killed? No. Have I ever been camped in my entire playing of World of Warcraft? No. Do I know anyone who has been camped since WM was introduced? No. And I predominantly know Alliance players who have WM on because any bonus is good!r
r
Now alliance get to further their Heart of Azeroth faster, get more gold and earn more rep – and they already earned more rep with the Human Racial so why not give them more yeah? Great!r
r
This needs to change.

lol how many months for an issue we knew since launch?r
r
And only 30%? lol, hordemode is done