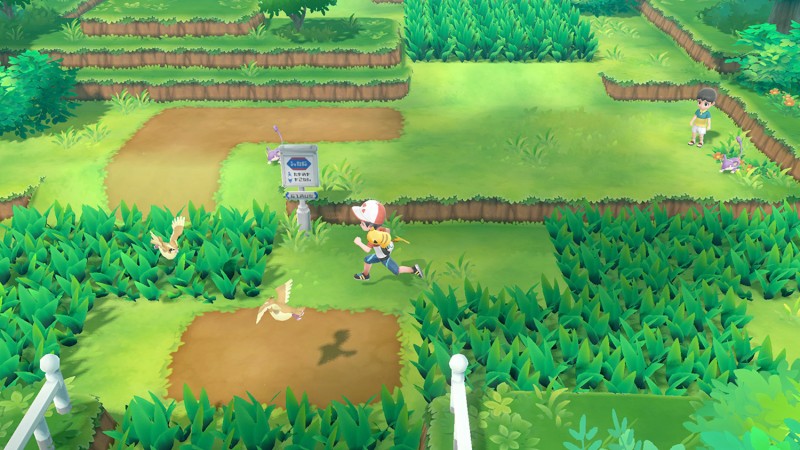 The office is full of hectic energy as we move towards Thanksgiving week. Most editors have barricaded themselves at their desks to finish their work before getting down to serious turkey-preparing business. Even so, we still have time for video games like Pokémon: Let’s Go, Pikachu & Eevee, Hitman 2, and Red Dead Redemption II.

Do you have any plans this weekend? Let us know in the comments below!

Brian Shea (@BrianPShea) – I just emerged from a review tunnel with Pokémon: Let’s Go, Pikachu & Eevee, so I’m looking forward to getting back to Red Dead Redemption II. Outside of that, I’m planning on starting Fallout 76 and checking out Hitman 2. Also, Tetris Effect has served as the perfect end to my nights recently, so I’ll be sure to play more of that. Oh, and Overwatch. Always Overwatch.

Jill Grodt (@Finruin) – There is so much to wrap up before I can think about going home for the Thanksgiving holiday! Hopefully, I’ll have time to squeeze in some Red Dead and Pokémon: Let’s Go.

Suriel Vasquez (@SurielVazquez) – Trying to smuggle a Thunderlord into Miami for my girl J.J. Macfield.

Javy Gwaltney – This has got to be the most exciting, anxiety-inducing video game weekend of the year for me. I think I’ll spend a fair amount of it in a café catching Pokémon on my Switch, then exploring the wasteland in Fallout 76, before returning to my one big obsession this year: Red Dead Redemption II.

Kyle Hilliard (@KyleMHilliard) – Still making my way through Red Dead Redemption II. Turns out that’s a big old game that takes a really long time! Otherwise it’s home prep time for family visiting out of town for Thanksgiving and play Lego DC Super-Villains with the kid. Might sneak some Let’s Go, Eevee in there, too, at some point.

Imran Khan (@imranzomg) – This week I’m at the Final Fantasy XIV Fan Fest talking to Final Fantasy XIV fans, so if you see me, come up and say hi! I’m also playing Red Dead Redemption II in my hotel room occasionally, but don’t say hi to me there. I’m also playing more Valkyria Chronicles 4 on my Switch while I’m traveling, saying hi to me while I’m doing that might come down to the situation.

Jeff Cork – I’m still plugging away at Red Dead Redemption II, and I think I’m going to focus on the hunting part this weekend. I need to upgrade my satchels and all that business and picking off animals here and there as I move between mission points isn’t cutting it. It’s time to get serious. I’ll also probably check out Ashe in Overwatch. I play a lot of mystery heroes, so my time with her has been limited (and tragically brief). I think I like her?

Ben Hanson (@yozetty) – This weekend I’m committed to making as much progress as possible in Red Dead Redemption II. Come hell or high water or social engagement. I’m also watching the new Coen brothers Western to help get me get in the mood. I’m early in chapter 4 and am really loving the game now!