Home
Gaming
WorldOfWarcraft
Why Are Disc Priests and Holy Paladins the Most Popular Healers in Mythic Eternal Palace?
Prev Article Next Article 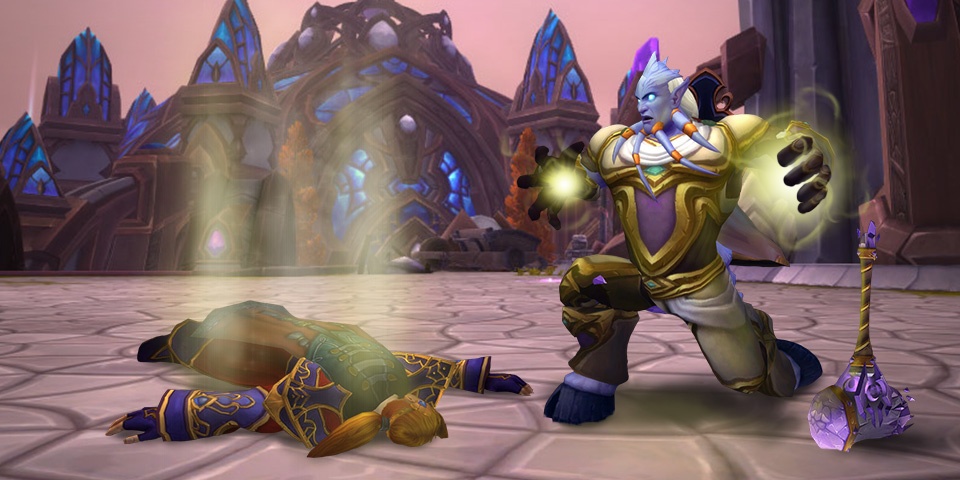 Personally I think the mid-tier bosses are overtuned as each of them are taking us 80+ pulls whereas the mid-tier bosses in BoD took us ~50 each. With benthic gear and bis azerite from m+ vendor, most of the raid haven’t gotten notable upgrades in weeks. All we can do to overcome the dps wall is to stack hpally/disc priest and get our worst performing classes (e.g. ww) to reroll.

This is definitely not healthy for the game.

What an awesome article! I always thought it would be cool if Holy Priest had a version of Warcraft III’s inner fire (10% damage boost + armor) as a buff to cast on party members (with a cooldown). It could be a neat way to balance the disparity between disc and holy: Disc Priest does damage, Holy Priests boosts party members damage. The skill itself would also have an interesting decision because you could use Inner Fire to boost a damage dealers dps or use it on a tank to boost their armor.

I love the holy priest playstyle over disc but I hope the devs have something planned to change up Holy Priest a little. It’s cool that we are strong aoe healers, but holy priest doesn’t feel like they have anything that really makes them shine especially in mythic keystones or pvp.

Something important to note too is that (presumably) azerite essences and azerite traits will go away once the next expansion rolls around. That’ll mean that holy paladins will lose their high throughput build with the expected departure of Glimmer of Light, and all discipline priests and holy paladins will lose access to essences like The Ever-Rising Tide and Vision of Perfection which are accentuating their current strengths.r
r
While these two classes have seen prominent use at the high-end of mythic raiding, their advantages aren’t as clear for lower level progression. In my opinion it would be foolish of Blizzard to nerf these specs in a big way as a result of (arguably) temporary power imbalances causing a clear difference in performance at the very high end of progression.r
r
It’s entirely possible that holy paladins might retain Glimmer in some form similar to how some specs retained a version of their artifact ability from Legion, perhaps as a talent with heavier reliance on mana. I still feel like nerfs to either spec would only hurt the healer landscape, so I agree that more should be done to bring other specs into their own.

It’s good isn’t it? Best thing in the word!r
r
Blizzard either purposely or by sheer coincidence made the game better for non 8.1.5 meta classes and gave us a whole new grind that forces us into one class. OK that aside I do have a MAJOR issue with 8.2.r
r
It’s good to see guilds make it as far as they have, but bad as to how easy they are getting there. It’s good to have mechanical fights as well as DPS required fights, but very very bad with how much DPS is needed in downing the first 3 bosses compared to the 4th. And more so than the requirement to look at getting alternate healers or grinding new classes, the pure DPS required to surpass this mark is going to be the down point amongst guilds.r
r
My guild is already facing a bit of issues, and with it being so soon in the patch it’s not good. We made it as far as Mekka on mythic with 2 weeks remaining in the tier, in EP with 2 more kills we will be up to the same with 5 kills. With how many months left it will get to a point that players will feel they are stuck too much on a boss and with not enough progression, and getting through all the content too fast, players might end up not raiding, those who still want to raid will have no one to raid with, those who are still progressing on our heroic runs may never get a chance to raid mythic, the snowball effect is far too great to get through this much content so fast with both a wall and not much content left.

it is rally funny how one healer is specifical for aoe healing when people are stacked, but all raids in BFA were a lot movement and spread patterns – shaman sucks, we will see with these buffs if he is viable more