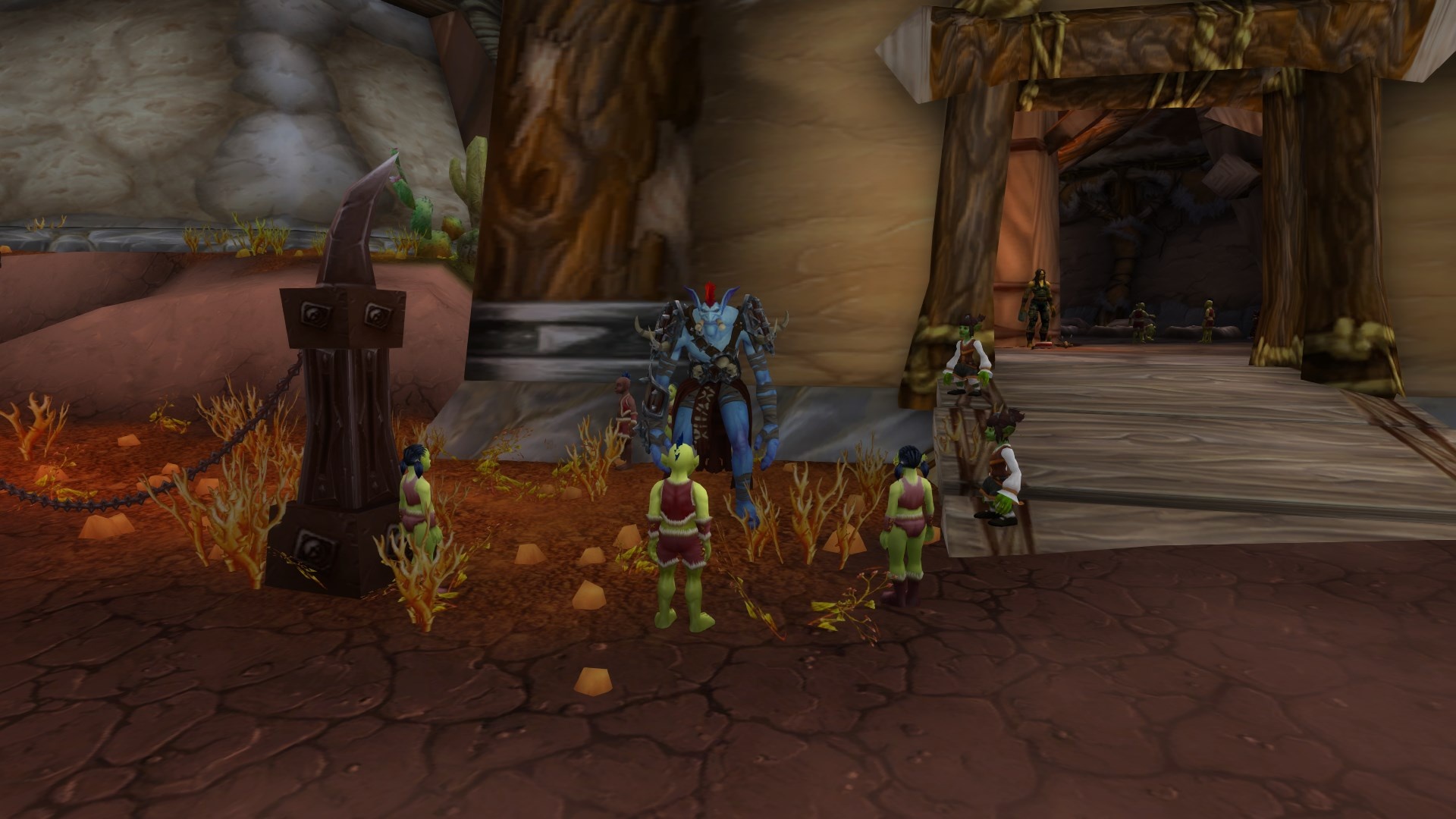 Seems like Zappyboi’s story is over now, and he will just be in Orgrimmar, talking to children all day

Zekhan is a good boy. I do hope we see more of him.

Horde Orphan: Wasn’t he the strongest orc ever? Nothing could stop him!r
Horde Orphan: I heard he was made of iron! Nobody could hurt him!r
Zekhan: He’s dead, you know…

It would be something if Zekhan became the new Warchief at the end of 8.3.5. 😀

It would be something if Zekhan became the new Warchief at the end of 8.3.5. :DI think Thrall’s a shoo-in for that role.

It would be something if Zekhan became the new Warchief at the end of 8.3.5. 😀

He’s too young and inexperienced (besides, he would die within the span of an expansion or two because the title of Warchief is cursed to either kill characters off early or turn them into one-dimensional villains, then kill them off).

I do love the Zappy-boi memes, and it is nice to see some reference to them in game. I am a little trepidatious about what will become of Zekhan. On one hand he has the potential to become a solid character for future storylines, on the other hand he might just be shoehorned into upcoming events because the memes mean that he has gained some name recognition. I hope that if we see him in the future he won’t be just a joke.

So glad he made it through alive and is now regaling kids in Orgrimmar with tales of his hero. I hope we see him again down the road, and get to see him rise through the ranks!r
r
… but let’s not kill him. My heart can’t take another Nazgrim fight. 🙁